Despite the rising popularity of influencer marketing as a sales channel by retailers and brands – with spend on influencer marketing growing 83% year-on-year in 2019* – research in the latest report from thinkTRIBE, a leading web performance and testing service provider, reveals that traditional advertising remains more effective in driving online demand and conversions when compared to influencer marketing initiatives, such as social influencer or celebrity endorsements.

Original research of 2,000 UK consumers in the ‘Preparing for perma-peak: The changing face of the trading calendar’ report revealed that on average 85% of consumers would be prompted to buy an item having been influenced by traditional advertising – such as TV, online or print promotions – compared to just 29% who would convert having seen a product or service promoted by either a social influencer or a celebrity.

The impact of social influencers on conversions among younger demographics was much more significant, with over half (57%) of 18–24-year olds saying they would be prompted to buy an item promoted by a social influencer or celebrity.

This, the report suggests, underlines the importance of equipping ecommerce platforms so that they remain in a state of permanent readiness, allowing them to accommodate both planned and unplanned spikes in demand. With planned demand, often driven by TV and traditional advertising and media spend, retailers should ensure that these campaigns are optimised in line with the load levels the website can handle in order to ensure ROI.

Similarly, regular testing can alleviate the impact of an unplanned spike in online demand, driven by a celebrity wearing an item of clothing, which can prompt instant and significant traffic. Take for example Holly Willoughby, who recently caused a Monsoon skirt to sell-out in just 20 minutes after she wore it on This Morning, or Laura Whittemore, who appeared in a playsuit on Love Island, which sold out just minutes into the episode.

Despite the lower impact of conversions when compared to traditional advertising, the report revealed that social influencer strategies still prompted high levels of search around the products and services social ambassadors or celebrities were endorsing. 41% of shoppers would be more likely to research or search for an item online having seen it promoted via social influencers, rising to almost three quarters (74%) of 18–24-year olds, underlining the considerable impact of social influencers in driving online demand to retailers’ websites.

Deri Jones, CEO at thinkTRIBE, commented: “The very heartbeat of retail is now driven by customer demand, facilitated by real-time data analytics, low-latency digital networks, and algorithm-driven micro-trends that can sweep a social network in nanoseconds. A dress worn by a celebrity or social influencer, for instance, can trigger a product-specific trading spike that burns brightly for a moment before it fizzles out. If a retailer fails to meet that window of demand, they not only miss a precious revenue stream, their brand will be indelibly tarnished in the eyes of their disappointed customers.”

To download the full report and discover how consumers’ attitudes and social influencer strategies are redefining the capabilities of retailers’ ecommerce platforms, visit: https://thinktribe.com/resources/preparing-for-perma-peak/ 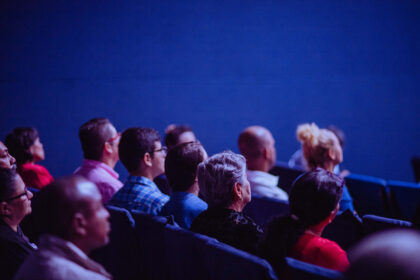 Hosting an event can be one of the most exciting and nerve racking experiences a business can do! It’s exciting to bring people together, to… 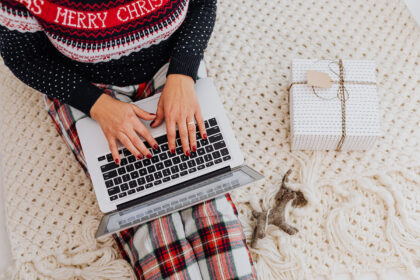 Make sure your website migration doesn’t put you on the naughty list! Just in case you missed it or were trying to avoid it, Christmas…

Read more about New Website for Christmas Online Shopping?
By using our site you agree to our use of cookies and similar technologies